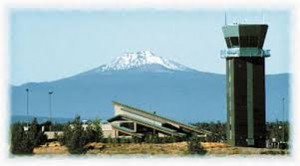 BEND – There’s no denying that it’s handy for most people who live in Bend to have the opportunity to fly out of Redmond to Los Angeles but that could soon change as early as September.

Thanks to a recent article by the Bend Bulletin we know that the Redmond to Los Angeles flight could soon become a connecting flight which will be operated by Alaska Air.

How Will This Impact Travelers?

Changing the Redmond to Los Angeles will make it more inconvenient for travelers who fly down to Southern California for business or pleasant since they will ultimately have to take a connecting flight as before.

Although demand for this flight has been strong over the years American Airlines had made their desires known that they wanted to see an increase in traffic numbers during the fall, winter and spring months even though this flight typically has less of a demand during the non-summer period.

Will This Flight Soon Return?

It’s no surprise that the status of this flight might soon be changing but the reality is that we’ve had other carriers offer similar flights from the Redmond airport before including Horizon Air who once offered this service from 2006 through 2010.

To learn more about life in Bend, Oregon or to view homes for sale, contact me, Jason Boone, Principal Broker with the Skjersaa Group | Team Terry by calling me today at (541) 383-1426 or CLICK HERE to connect with me online.