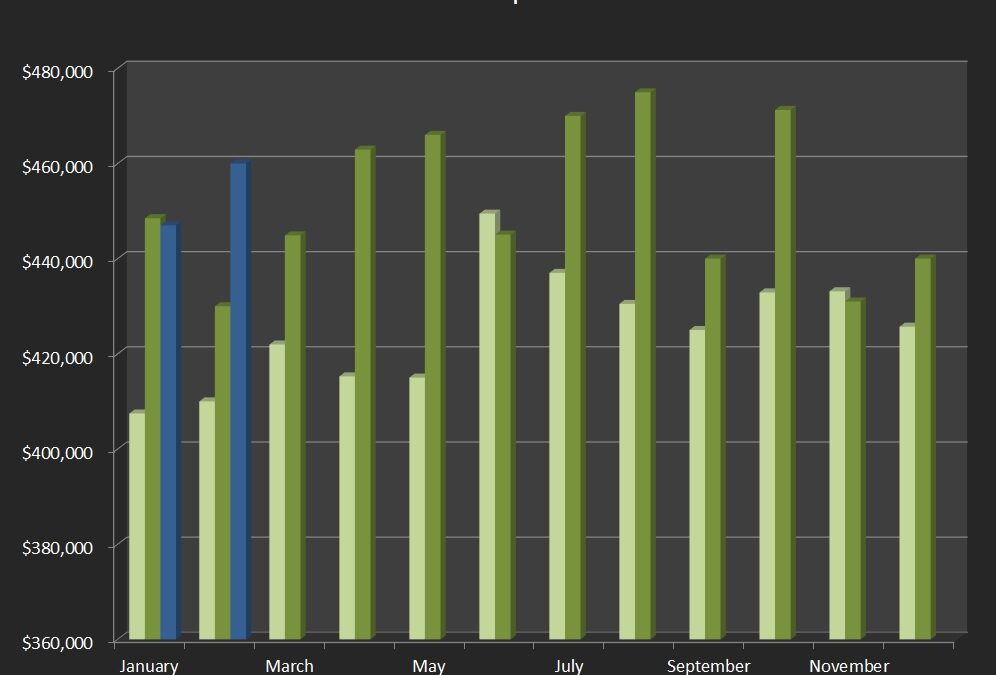 That Bend, Oregon, has a housing shortage seems to be an accepted fact. A largely ignored aspect of the housing situation in Bend, though, is that there is increasingly a relative shortage of homes for sale.

The year-over-year comparison of sales prices can offer a more reliable read on the market than a month-to-month perspective, as it accounts for seasonal differences (such as more homes being on the market in the warmer months). In the 98 months dating to the start of 2012, the year-over-year median sales price in Bend has increased in all but six months. Three of those declines have come in the last nine months – but all three were a drop of less than 1 percent. The direction of the Bend, Oregon, real estate market seems pretty clear.

There were 246 active listings in February 2020. That’s the fewest not just for any February, but for any month period in our data set, which dates to the start of 2007. (And to think – February was one day longer than usual!) Unlike some other months with relatively few listings, February wasn’t beset by abnormal weather or other market-dampening factors.

One hundred twenty-five homes were sold in February. The ratio of sales to active listings (52 percent) was the highest for any February in our data set.

It should come as no surprise, then, that the inventory of homes – defined as the time it would take to sell all the homes on the market at the current pace of sales – was an all-time low for any February, at 2.2 months. In our data set, only three other months – in the spring and summer of 2016 – have had a lower inventory.

As you can tell from this blog, I like to see what the data tells me about the Bend, Oregon, real estate market. Being a Realtor, however, is about more than numbers. I bring experience, ethics and nuanced knowledge of the market to my profession, and I can leverage those qualities on your behalf. If you’re interested in selling your home, or if you’re in the market to buy, I am confident I can be of help. . I encourage you to contact me at (541) 362-1031 or to visit Bend Property Search to connect with me through my website.