As the effects of the COVID-19 pandemic appeared to begin to abate in April, the demand for housing in the Bend, Oregon, real estate market showed absolutely no signs of slackening. In fact, by many measures, April 2021 showed the most extreme demand for homes in the more than 14 years that we’ve tracked data.

A month-to-month jump of nearly double digits in median sales price isn’t unheard of. But a 41 percent year-over-year increase is unprecedented in our data set, which dates to the start of 2007.

Comparing year-over-year sales prices tends to better reflect the direction of a market by removing seasonal differences that can influence month-to-month comparisons. Every month of this calendar year has produced a year-over-year increase of more than 29 percent in the median sales price. The only stretch remotely close to what we’ve seen in 2021 was in 2013, as the housing market began to claw out of the recession.

Beyond the median sales price, there is the average sales price to list price. April’s figure was 104 percent – surpassing the previous record of 103 percent, set in March. Every month of 2021 has produced a sales price-to-list price ratio of more than 100 percent.

The inventory of homes – the time it would take to sell all of the houses on the market given the current pace of sales – dipped to an unprecedented 0.4 month, or about 12 days. April was the 10th month in succession in which the inventory in the Bend, Oregon, real estate market was less than one month.

Total sales in April – 242 homes – were the most for any April in our data set. That in itself might not signify too much (given Bend’s increasing population), but when one considers the relative dearth of homes on the market, it amplifies the demand. 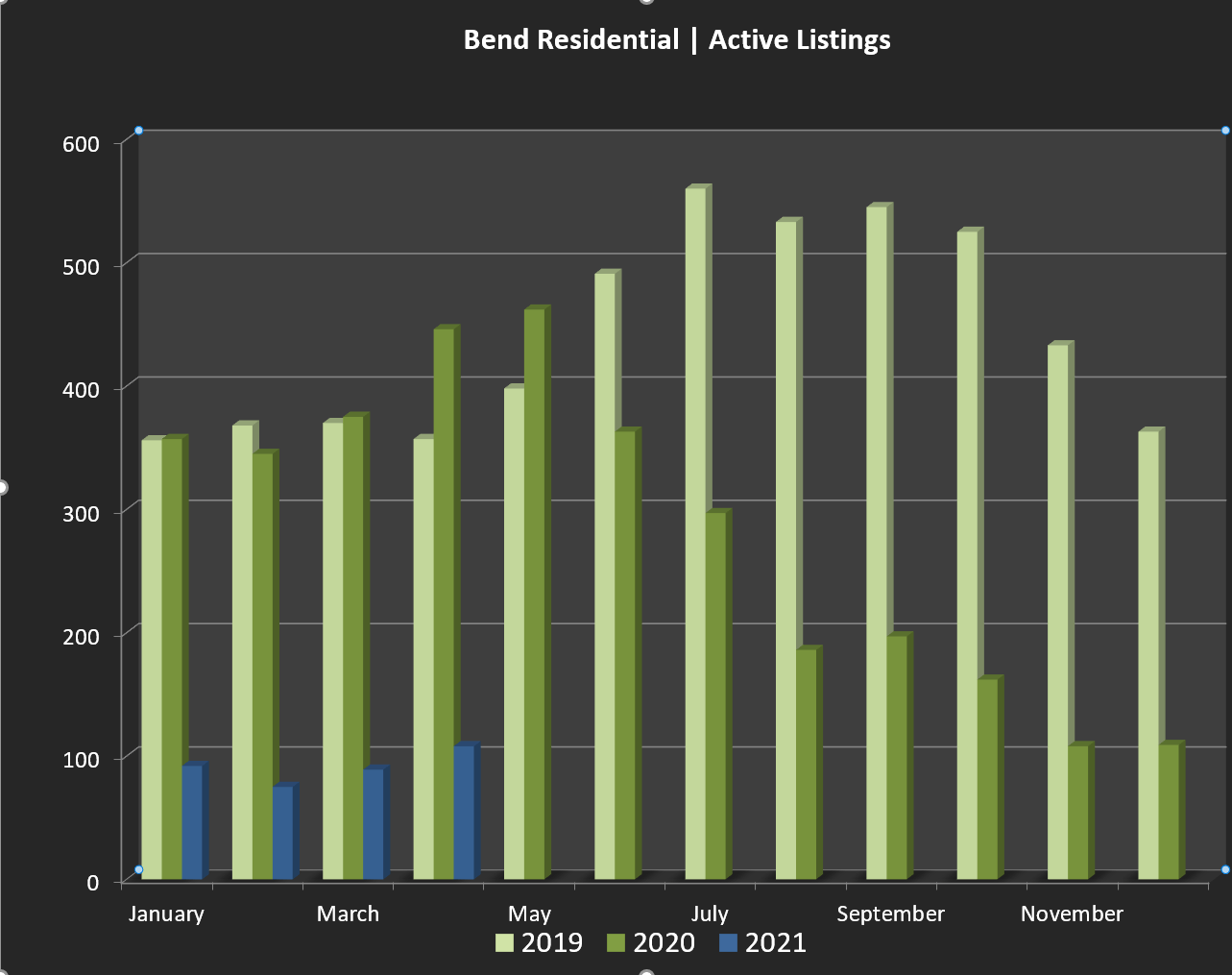 How long can this demand for homes in Bend last? Who knows? But we do know that if you’re active in the market – as a buyer or as someone considering selling – having an experienced, ethical Realtor on your side can make all the difference. I encourage you to contact me at (541) 362-1031 or to visit Bend Property Search to connect with me through my website.