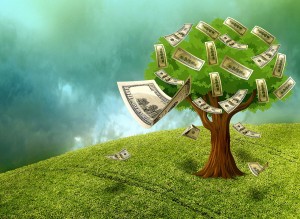 Negative interest rates have been a hot topic of late among those who follow fiscal policy. (And really, who doesn’t?) This is not without reason.

Europe had already delved into negative interest policy when the Bank of Japan decided in January to follow suit. After that, you knew it would not take long before there would be speculation that the U.S. might be next.

Before we get to the very difficult question of how adoption of a negative interest rate policy would affect the housing market here in Bend, Oregon, first we have to figure out why reserve banks around the world are at least discussing such a seemingly drastic measure.

This will be an oversimplification of a complicated issue, but start with the fact that the world has been in a historically low interest environment for nearly a decade as reserve bankers have tried to spur their struggling economies. When lowering interest rates is the primary tool federal reserve banks use to give economies a jolt, that leaves only so many options if they deem that more stimulus is needed.

Well, some economies have been struggling. Enter negative interest rate policy, which essentially turns lending and borrowing into a sort of bizzaro world in which savers pay to save their money and borrowers can actually be paid for spending somebody else’s money.

Sounds crazy, right? This is largely unchartered territory in modern times, and it comes with plenty of detractors.

Here in the U.S., it was not long ago that the Federal Reserve raised its federal funds rate. And the chances that the Fed will delve into such a policy seems unlikely, as Fed Chair Janet Yellen recently confirmed.

Albeit unlikely, if a negative interest rate policy were ever to land here, it would likely have an affect on the real estate market. The knee-jerk reaction might be that it should make mortgages even cheaper, which could heat the market.

So far in Europe the evidence has been mixed. In Denmark, some borrowers have actually been receiving payments FROM the banks for their mortgages. In Switzerland, banks have offset negative deposit rates by increasing the cost of mortgage lending.

Of course, this is an incredibly complicated issue with a mind-numbing array of potential effects. And negative rates can be tough for a layman to wrap his or her mind around, largely because it seems impossible.