Bend Parks Bond – What Has The $29 Million Bond Bought Tax Payers So Far? 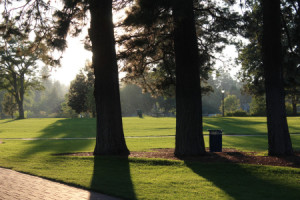 BEND – If you were living in Bend back in 2012 you know that voters approved a $29 million dollar bond which was supposed to be used by the Bend Park & Recreation district to build what is now known as Bend’s Whitewater Park but the BIG question is what has been done with that $29 million do far?

Half of the Bond Spent So Far

Thanks to the Bend Bulletin we know that about half of the $29 million has been spent so far on paying the contractors who have worked on the project ($3.52 million dollars) including another $3.40 million on a variety of other projects like the construction of a pavilion and ice rink which will also host certain court sports during the warm months in Bend.

Bend Park & Recreation District officials expect both the Pavilion and Whitewater Park to be finished and installed before the end of the current fiscal year and many people predict that the Whitewater Park will be a BIG draw for people who are interested in enjoying a wave park right here in Central Oregon.

There’s a lot of cool things happening in Bend right now and over the next 24 months including improvements to Pine Nursery Park and construction of what will be called Larkspur Park.

If you’ve been thinking about moving to Bend, or are interested in viewing homes for sale here, contact me, Jason Boone, Principal Broker with Duke Warner Realty | Skjersaa Group by clicking here to connect with me through my website or by calling (541) 383-1426.