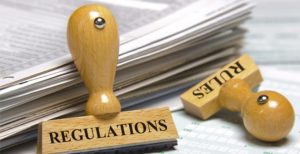 Many businessmen and businesswomen are certain that government rules and regulations result in higher prices for consumers, even if they can’t put a finger on precisely how much those regulations cost. Now, a study by the National Association of Home Builders has put a dollar sign on government oversight of new home construction.

Based on the average price of a new home, according to the home builders association, that estimate equals more than $84,000.

According to the NAHB, an estimated 24.3 percent of the final price of a new home is attributable to government regulations.

The home builders association made similar regulatory estimates in 2011 — before the nation’s housing market had substantially recovered from the Great Recession. Since then, the price of new homes has increased. The home builders report, citing Census data on new residential sales, says the average price of a new home sold rose from $260,800 at the time of the 2011 report to $348,800 now.

“When applying these percentages to Census data on new home prices, the data show an estimate that regulatory costs in an average home built for sale went from $65,224 to $84,671 — a 29.8 percent increase during the roughly five-year span between NAHB’s 2011 and 2016 estimates,” the home builders association said in a release highlighting the report.

And, the report notes, although home prices have risen from the depths of the recession, increases in per capita income have been slower to gain traction.

In Bend, System Development Charges are often cited as having an inordinate effect on the price of new homes. These charges are imposed on development and used to help fund water, sewer, streets and parks.

The home builders association’s report differentiates between costs resulting from regulations imposed during the development of a lot and those incurred after a finished lot is bought by a builder. The ratio of the cost of regulation during development and during construction is about 3 to 2.

Costs incurred during construction include permit, hook-up and impact fees as well as changes in codes and standards over the past 10 years.

Included in the tabulation of the costs of regulations incurred during development are the costs of applying for zoning or subdivision approval, the value of land dedicated or left unbuilt, the impact of changes in development standards and the “pure” cost of delay (defined as “the estimated cost that the delays of waiting for approval and complying with development regulations would impose in the absence of any other type of regulatory cost”).

Compared with the 29.8 percent increase in the cost of new homes in the last five years, disposable per capita income has risen 14.4 percent, according to the home builders assocation’s report. “In other words, the cost of regulation in the price of a new home is rising more than twice as fast as the average American’s ability to pay for it,” the report said.

The home builders release quotes Ed Brady, the chairman of the National Association of Home Builders, a home builder and a developer from Bloomington, Illinois. “Not only is it inhibiting builders’ ability to produce competitively priced homes in a still recovering housing market, but this regulatory burden trickles down to the consumer level and prices many would-be buyers out of the market.”

The NAHB report notes that regulations are enacted with the vision of realizing some benefit. The report states, however, “[N]o attempt is made to estimate such possible benefits here.”