Pace of development in Bend only quickening 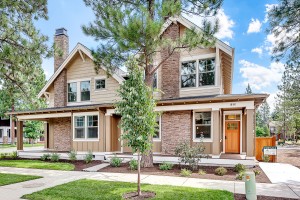 The Bungalows at Northwest Crossing is among the prized developments that continue to grow.

Bend has changed quite a bit from when I moved here in 2003 from Seattle. Indeed, ask any longtime Bend resident and he or she will tell you: The one constant in this wonderful place is change.

The last few years the pace of growth has seemingly been breakneck, and Bend remains one of the fastest growing cities in America. That much has been well chronicled.

Recent data suggests that the growth may not slow down any time soon thanks to a robust economy. In fact, Deschutes County building permits for single-family homes were up significantly in 2015. The 35 percent jump from 319 permits in 2014 to 432 permits over the course of 2015 has been driven by destination resorts, it appears. Still, such growth is palpable.

Of course, Bend itself drives much of the growth in Central Oregon. And if anything, it appears that development in Bend may be quickening the pace.

A look at a report recently compiled by AmeriTitle shows some eye-opening data:

One of the key issues with development here in Central Oregon will be to maintain an affordable price point for those with aspirations of entering the market. Regulators have certainly taken up that issue.

Some developers seem to be responding, too. Local builder Woodhill Homes, for instance, has shifted focus with a development to provide entry-level homes in Redmond. It will be interesting to watch to see if other developers concentrate more on the entry-level market.

One thing is certain, though, the growth in Bend shows little sign of slowing down.