Inclusionary zoning will be a hot topic in Oregon this year 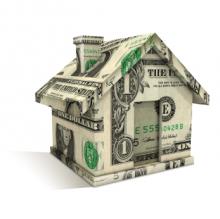 Affordable housing will be a central topic during Oregon’s 2016 legislative session. And inclusionary zoning will be at the forefront.

That much is already been made clear in the early weeks of the session.

The controversial practice of inclusionary zoning, which requires developers to build affordable housing as part of market-rate housing in new developments, has been banned in Oregon since 1999. But there is a movement afoot to bring it back to the state as a way to combat rising housing prices.

The sides are lining up, of course. Recently Knute Buehler, a Republican who represents Bend in the Oregon House of Representative, penned a thoughtful op-ed piece in the Oregonian arguing in part that inclusionary zoning will actually make the problem worse. Instead, he argued that Oregon should loosen its stringent land-use laws to allow for less expensive development.

Meanwhile, the Bend City Council voiced public support for the efforts in Salem to lift the inclusionary zoning ban.

Let’s be clear. This is indeed a complicated issue. And the concern over affordable housing is genuine. In Bend, the median price of homes has steadily risen, ringing in at $317,450 in January, since the depths of the Great Recession. And the rental market has tightened to historic levels.

And some studies suggest the urban growth boundary in Oregon’s major cities, including Bend and Portland, does seem to have at least contributed to the problem already.

Where this ends is anyone’s guess right now. But you know what they say about good intentions.

The issue bares watching over the next few months.

The more information a buyer or seller has about the neighborhood, the more prudence a decision they will make. I can help guide you through the process.