Fed holds rate steady; what does it mean for Bend real estate market? 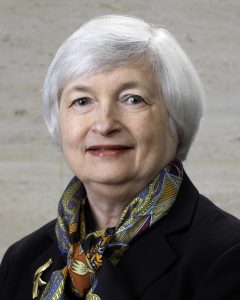 Federal Reserve chairwoman Janet Yellen announced this month that the central bank would not raise its benchmark interest rate. What can be read into that for the housing market in Bend, Oregon?

First understand that the Fed Funds Rate is used to set the rates of most bank loans. Also keep in mind that the Fed Funds Rate might not remain at 0.50 percent that much longer. Before the Fed’s September meeting, a Reuters poll of more than 100 economists showed the consensus prediction was an increase, from 0.50 percentage points to 0.75 percentage points, in the fourth quarter of the year.

The last time the Fed raised its benchmark rate was December 2015. But rates for conventional mortgages have fallen since then (by about 0.60 percentage points), and they are near three-year lows. So an increase in the Fed’s rate — whether it comes in December or later — won’t necessarily produce an immediate increase in the mortgage interest rates.

Some observers of the real estate market have argued that the Fed’s historically low benchmark rates have contributed to increasing home prices. The theory goes that with favorable borrowing terms, homebuyers have been able to afford houses that they would not normally be able to, and that heftier buying power in turn has driven prices up.

In Bend, the housing market clearly has revived since the Fed put the interest rate at near 0 percent in late 2008. The inventory of homes for sale at the end of August of this year was less than 2½ months; in February 2009, it was nearly four years.

Despite the consensus among economists that interest rates will increase, home-builders’ confidence appears to be on the rise. Although national housing starts declined in August after increases the previous two month, building permits rose. That’s a promising indicator of the probability of increased home-building activity.

Clearly, there are too many variables involved in the machinery of home buying to accurately conclude what the expected increase in the Fed’s benchmark rate will mean to the market. There have been signs that household income is on the rise, for example, and that development could negate any interest-rated driven increase in the cost of a home mortgage.

Consider also that CoreLogic, in a July report, projected a nationwide 5.4 percent year-over-year increase in home prices in July 2017. That projection came amid a general feeling of eventual interest-rate hikes and includes markets that are extremely active as well as markets that are less vibrant.

If you’re considering buying a home, I can put you in touch with lenders as well as help you find the right home. If you’re selling, I can use my experience in the market to help you set the price and, when the time comes, evaluate the totality of the strength of the offers you receive. To learn more about Bend home options, get started with listing your Bend home, or to view area homes, contact me at (541) 383-1426, or visit Bend Property Search to connect with me through my website.