Does Your Bend Oregon Home Benefit From The Starbucks Effect? 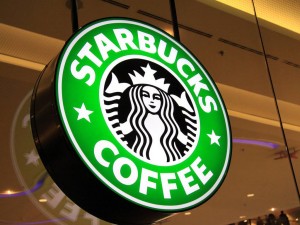 Between 1997 and 2013 homes which are within a quarter of a mile from Starbucks saw their prices appreciate in value by an average of 96% compared to a price appreciation of 65% for other homes which were not near the famous coffee chain.

In Bend we have three Starbucks locations at:

Across the United States the biggest city which benefited from the Starbucks affect was Boston, where homes which are located nearby Starbucks locations saw their home values increase by 171% between 1997 and 2013, and this is about 50 percentage points more than homes in the city.

Why Does The Starbucks Effect Work?

One of the biggest reasons why the Starbucks effect works is because people associate a neighborhood as being “on the rise” when a new Starbucks is opened in the community.

What’s also interesting about the Starbucks effect is that homes which are built near Dunkin Donuts locations have also seen their prices appreciate faster than homes which are not located near the famous doughnut chain.

For more information about the latest Real Estate news contact me, Jason Boone, Principal Broker with the Skjerssa Group and Duke Warner Realty by calling me at (541) 383-1426 or click here to contact me through my website.