Amid flurry of news, mortgage rates likely to remain low 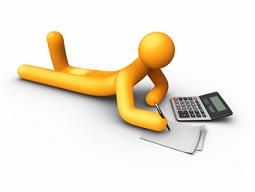 The Federal Reserve’s plan for its federal funds rate has been making plenty of news as of late.

The Federal Reserve’s Open Market Committee decided last week to keep the range for the federal funds rate — the rate at which banks charge other banks on overnight loans — steady at between 0.25 percent and 0.5 percent. And in the same meeting, the Fed left open the possibility that it could raise rates in its March meeting.

This after the Fed raised the benchmark rate in December, and signaled that it could raise rates as many as four times this year, finally moving away from its zero-interest policy after seven years.

But much has changed since that initial rate hike in December, including worries of an international slowdown. Some have contended that the Fed’s decision might have even been a mistake, helping to spur the stock market selloff.

Take it all together and it might enough to get a head spinning.

So what does this have to do with buying a home in Bend, where the real estate market remains strong? Well, plenty.

First a reminder: While easily among the most influential rates, the federal funds rate does not have a direct cause-and-effect relationship with mortgage rates. In fact, mortgage rates are more directly linked to 10-year Treasury bonds.

Even though the Fed raised the funds rate in December, mortgage rates have so far remained low. To wit, this week the average rate on a conventional 30-year fixed mortgage hit an eight-month low at 3.75 percent.

Most believe that the environment for mortgage rates will remain relatively low, especially after the stock market sputtered to begin the year. Historically speaking, when stocks fall money tends to flow from stocks into the perceived safe harbor of Treasury bonds. That drives down the interest rate on those bonds.

That should keep mortgage rates historically cheap for a while.