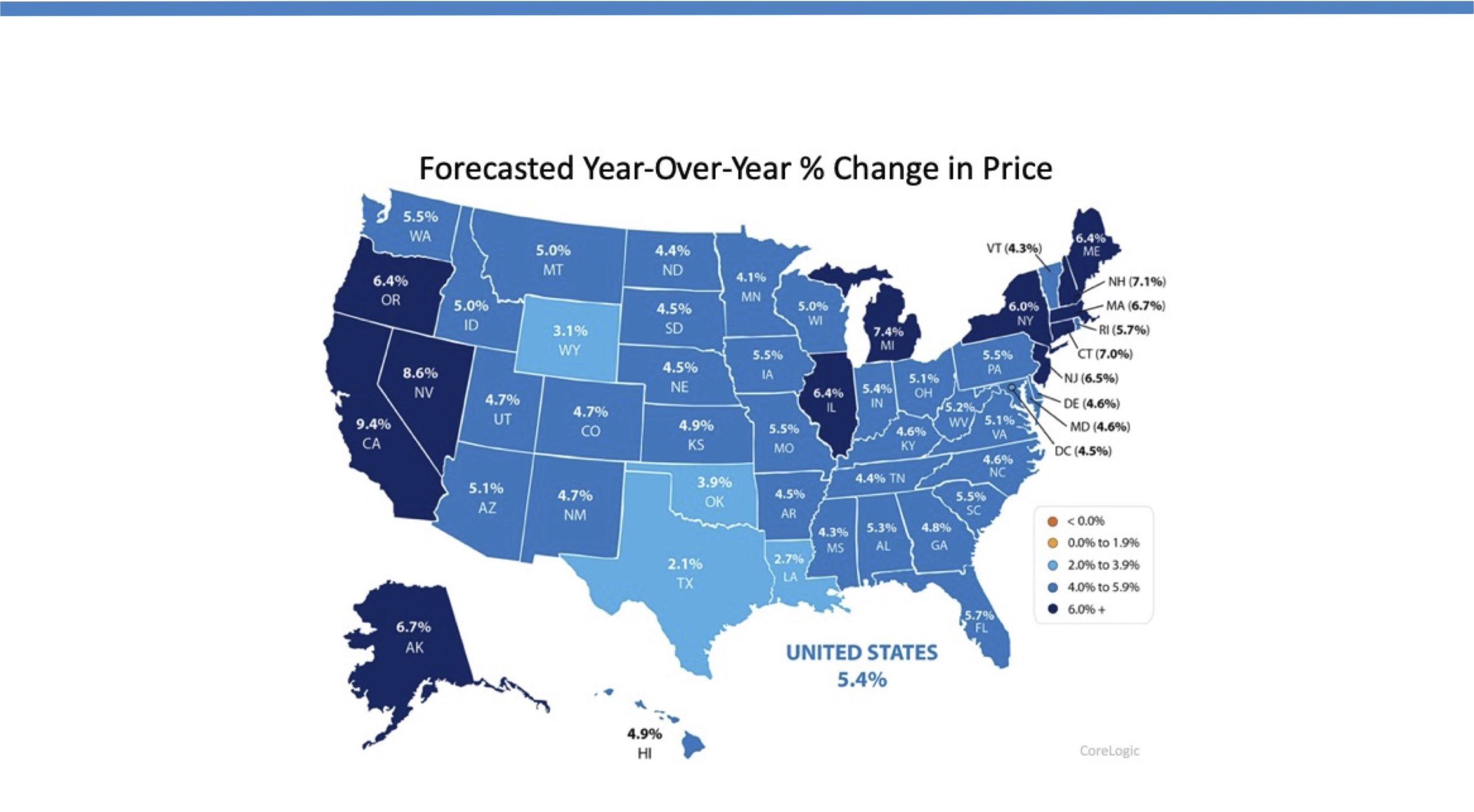 Popping myths about the state of real estate market

Amid a trend of increasing housing prices, angst about an impending plunge in values might seem understandable. With each record that is set for the median sales price in the Bend, Oregon, real estate market – and there were four such records in 2019 – a corresponding sense of, “There’s only one way to go – down!” can creep into one’s mind.

Economic developments outside of the real estate market can add to the worries. Whatever is happening in the larger national and global economies seemingly can be cast as a negative for the housing market.

Of course, no one person and no one piece of data can effectively promise that the housing market won’t decline. Just as important, we should understand the strength of the converse view of the real estate market. Many widely trafficked economic viewpoints and theories that predict a demise in real estate don’t necessarily stand up to scrutiny. In fact, given the situation in the state in general and the city in particular, there are compelling facts that point to continued health and vibrancy in the Bend, Oregon, real estate market.

One widely accepted theory states that a correction in the stock market (defined as a drop of 10 percent or more) triggers a recession. Stock market indices entered “correction territory” in late February/early March in a move attributed to reaction to the coronavirus. 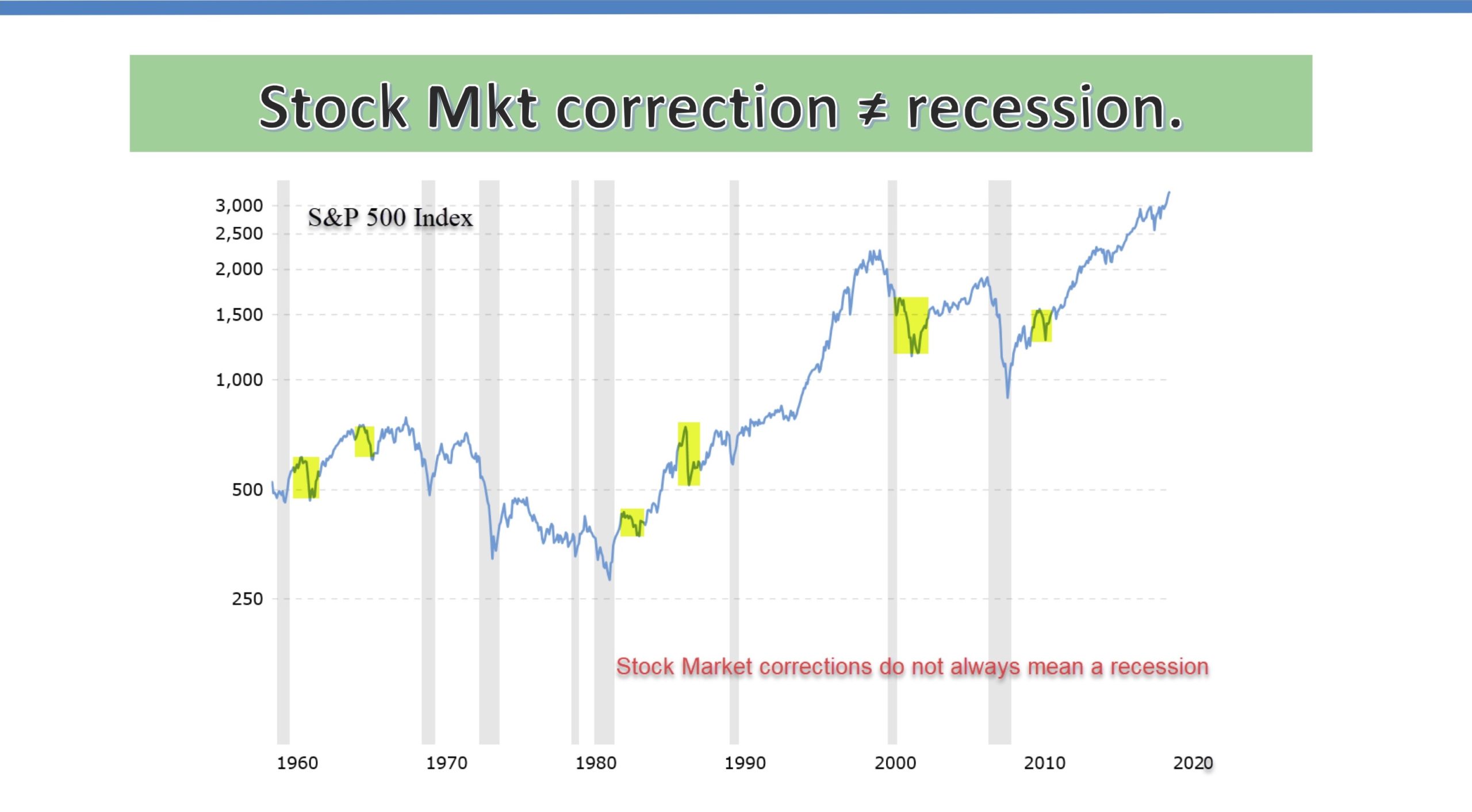 As the image indicates, though, there is not a dependable correlation between stock market corrections and recessions. (In the slide, the gray vertical bands represent recessionary periods.)

We don’t have to look too far back to see an exception to the theory, either. In the fourth quarter of 2018, the Nasdaq, S&P 500 and Dow Jones averages fell more than 10 percent. The rebound from those corrections reached record-high territory until the coronavirus outbreak. And Bend’s real estate market has remained durably healthy during these stock market moves.

Tying the overall economy more closely to the housing market, we see that a recession doesn’t equal a housing crisis. 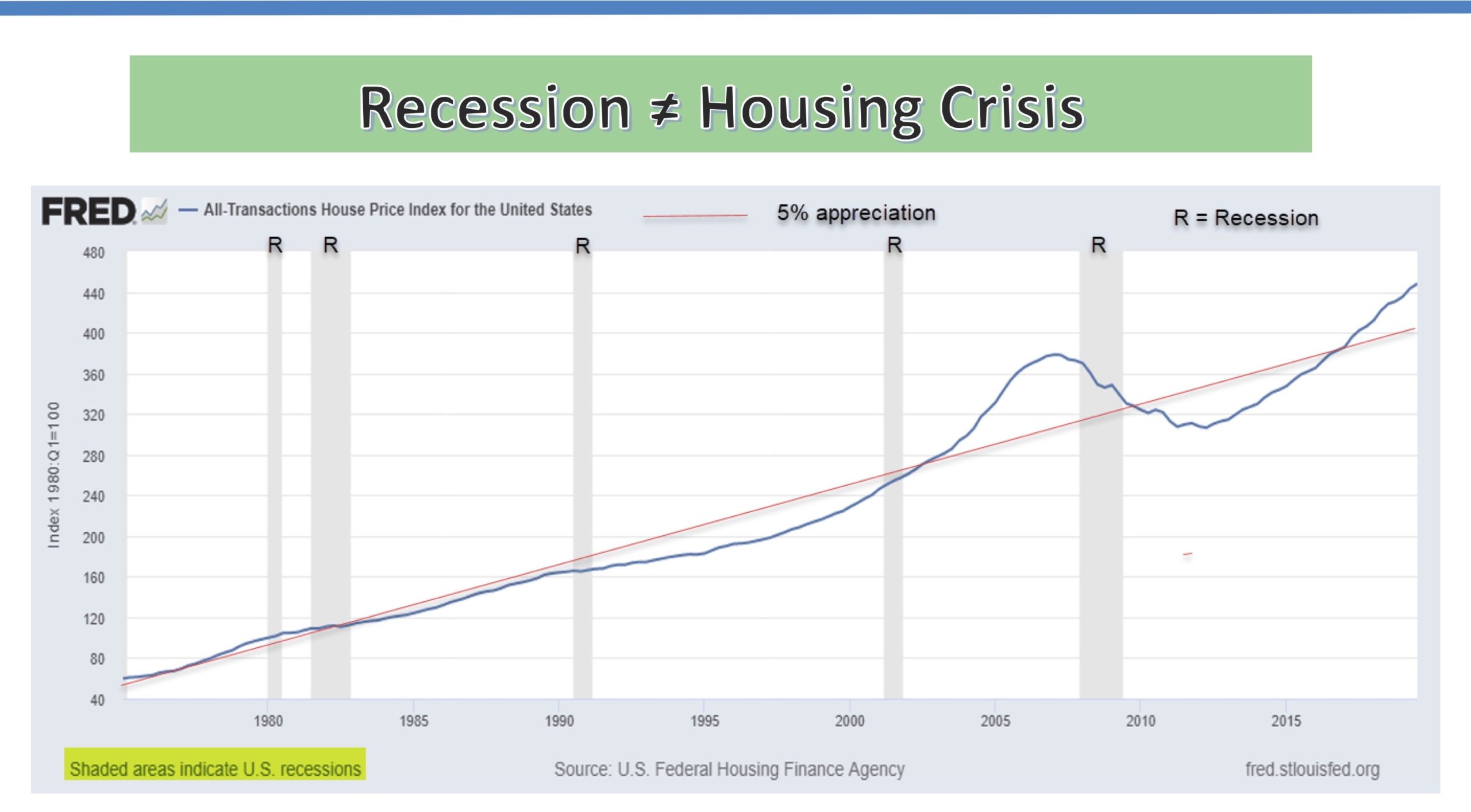 With the exception of the Great Recession of 2008, we can see that even during recessions, home prices during the past 40-plus years haven’t veered far from an overall upward trend line representing 5 percent annual appreciation.

Naysayers or natural-born pessimists might digest the above data and spin the long-term appreciation in home values as a negative. The cost of buying a home, their claim might be, has priced too many people out of the market.

Let’s remember, though, that wages are rising – and are rising at an increasing rate as unemployment rates hover near historic lows. 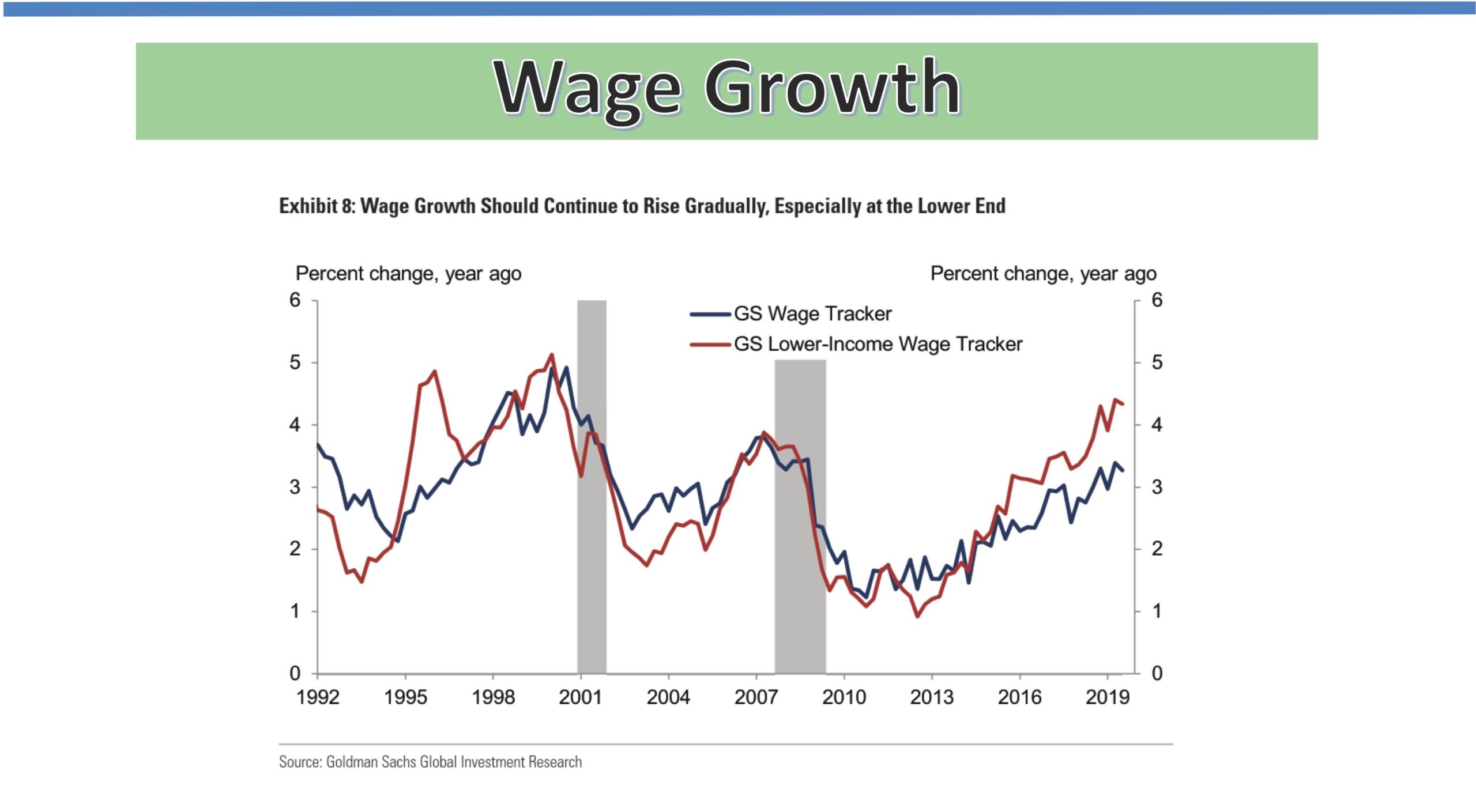 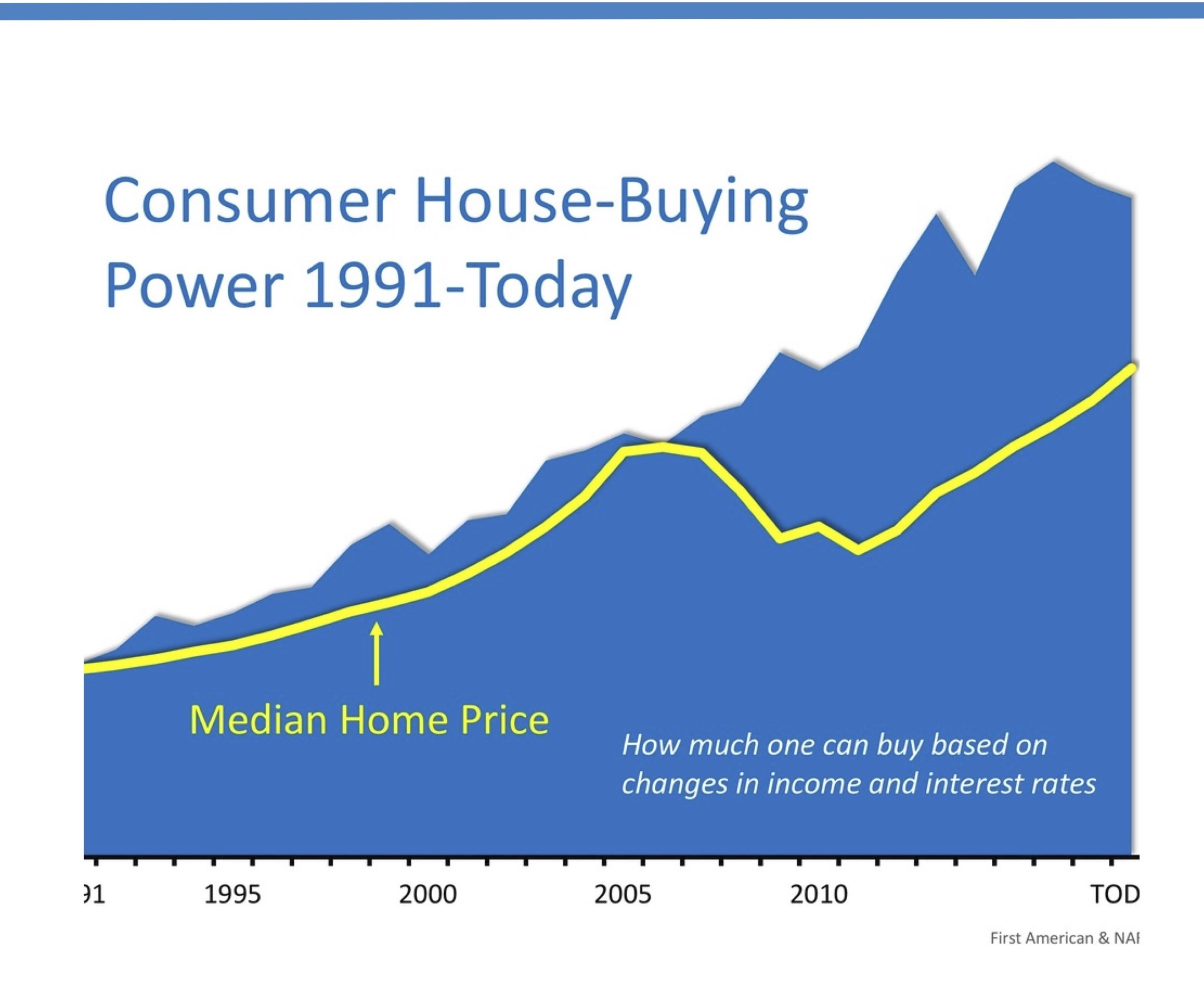 Of course, anyone who is looking to not buy a home will always be able to muster reasons for inaction. A dispassionate, objective look at data and historical trends paints a more optimistic outlook for continued health in this market.

This is especially relevant for Oregon in general and Bend in particular.

Forecasts call for an appreciation in home prices of 6.4 percent in Oregon. The state is the sixth-most popular state as a destination for millennials, whose home ownership numbers are climbing. 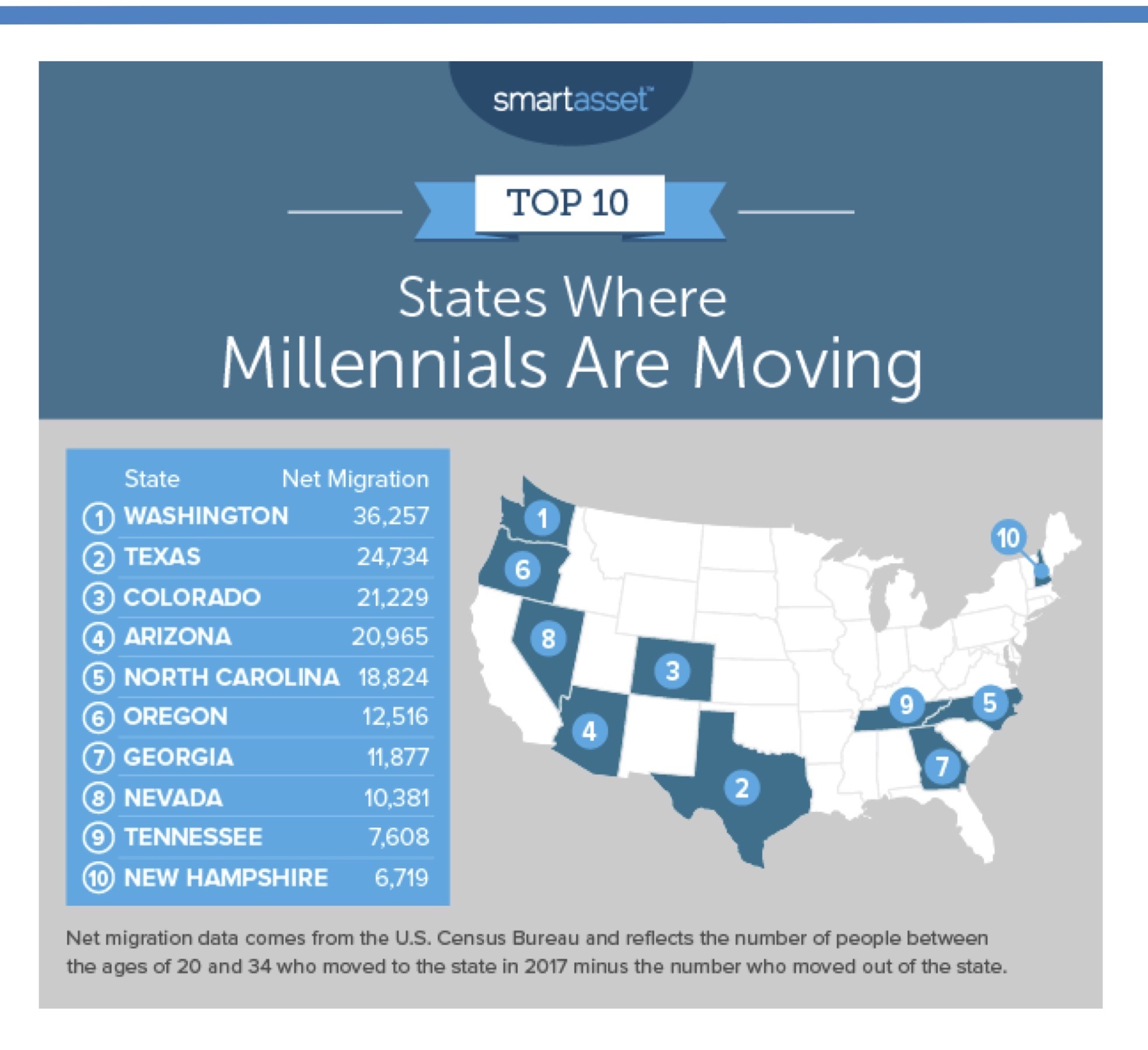 The Milken Institute, a nonpartisan think tank, for the third year in a row has ranked Bend the best-performing small metro area in the nation on economic measures.

More tangible proof of Bend’s desirability is all around us. Homes and schools are being built. Traffic can be a challenge, and although not pleasant, crowded streets signal that the city is a growing, evolving place to live. Our parks and trails see considerable use. If you’re looking to buy a home in Bend, or if you’re considering selling, I am confident I can help. I encourage you to contact me at (541) 362-1031 or to visit Bend Property Search to connect with me through my website.